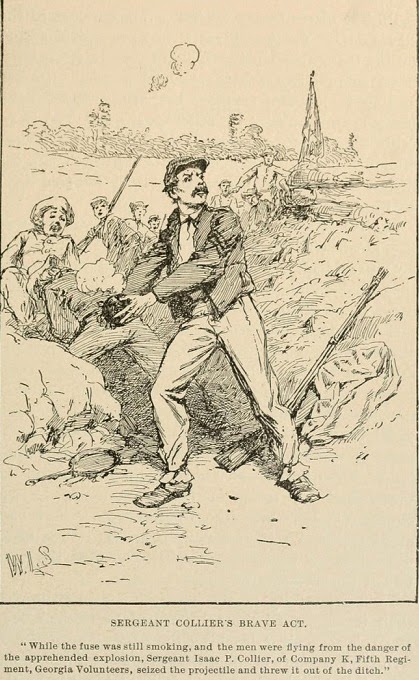 
Long ago great-great granddad Collier saved lives with his bravery at a spot that is now near Burnt Hickory and Old Mountain Road in Marietta near Kennesaw Mountain. Today, I live in a subdivision named somewhat after General Robert E Lee and from my porch, I can glimpse Kennesaw Mountain. I can easily imagine skirmishes fought on this land a hundred and fifty years ago. Today, we commemorate the1864 battles in Cobb County, looking back at the history and moving forward into a united, peaceful present and future.
Posted by Cathy at 4:24 PM