NO CHILD LEFT BEHIND AND THE SWINE FLU 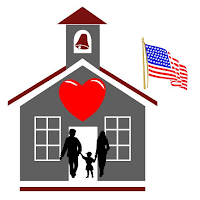 I have been watching the updates on the concern over the Swine Flu. Will it be an epidemic? Will it become a pandemic? It's too early to tell, but it is time to continue the practical steps that we should be taking anyway: washing hands often, keeping hands away from the face, and staying home when sick.

At the same time that the national health care professionals and the news media are encouraging folks to stay home when sick, many of our schools are still in the mandatory testing that is a part of No Child Left Behind. One component of this national rating of our schools is attendance. I know we must encourage attendance for our school children. As a school board member years ago, I remember being shocked at the large number of absences of some of our students. However, the No Child Left Behind rating will score a school as not meeting progress if even one sub-group fails to meet the attendance requirement on the day of testing - not all year; but just on that testing day.

With this pressure to succeed, teachers push parents to send their child to school for testing despite illness, fever, flu. There are no excuses for not taking the tests. Will we be helping to spread the flu to entire schools so that sick students can help make an arbitrary goal set by politicians?

I think we need more realistic ways to rate our schools. Yes, many of our schools need improving, but many more are doing an excellent job of educating students from diverse backgrounds and ability levels. We need to have schools that students come to with eager enthusiasm, ready to learn, well disciplined, to be taught by teachers who are well prepared and also enthusiastic. We need a way to evaluate schools by total performance in a realistic way. We are not giving teachers, students, parents or the community a realistic picture of their educational system when, as part of the evaluation for an entire school and district, we rate a school as failing because that school has one too many sick children in a sub-group during testing.
Posted by Cathy at 10:27 AM No comments:

THE DAY THE DOLLAR FLOATED BY

The other day I saw a dollar bill blowing in the wind as I was driving near home. I stopped the car and watched it for a minute. In a bold move for me, I pulled into the near-by parking lot, went up the hill to the road and there was the dollar, just waiting for me. It was an exciting adventure for the day.

I have decided to take this incident as an indicator that better days are ahead for our entire economy. Never mind that this was such an extremely windy day that the dollar could easily have escaped from someone who didn’t want to lose it and that it could have traveled for miles along the gusty current before settling near me.
Many years ago my mother told me that when the economy is good, there will be more change, especially pennies, to be found on the ground. Folks aren’t as fast to pick them up when money is flowing. Well, not only have I recently found the dollar bill, but I have found a good many pennies on the ground.

My friend, Kathy, in Kentucky, on hearing my dollar story, said she still stoops over to pick up pennies. “That’s 100 stoops,” she said. It’s nice to know I’m not the only one who will bend over for a penny. I like to think of them as good luck coins.

Not that long ago, I would look at the stock market report in the newspaper or at the end of the evening news, not really bothered by the ups and downs that were a normal part of the market flow. Lately, however, like many others, I have become obsessed with keeping up with the daily Dow. Okay, perhaps obsessed is too strong a term, but I do keep up with it on a daily basis.

The stock market fluctuates, gross retail sales are unpredictable, unemployment numbers continue to rise, and the television pundits and government economist seem equally lacking in understanding. With all that uncertainty in mind, why shouldn’t my penny theory be just as credible as any other?

With dollar bills flying through the air and pennies littering the ground, I will stay optimistic that there is hope for an economic recovery. Now, if only the government officials would stop saying we want to help the middle class and small businesses and actually find a way to do it.
Posted by Cathy at 7:21 PM 1 comment: